Sri Ganapathy Sachchidananda Swamiji (Sri Swamiji) is the founder and Life President of the charity, Sri Datta Yoga Centre (UK) (Sri DYC UK) which operates under an appointed Board of Trustees.

A Muslim saint (Sufi master) predicted to Sri Swamiji’s parents (Sri Narasimha Sastri and Jayalskhmi Mata) that their child would have supreme wisdom and knowledge and was destined to uplift mankind.

Sri Swamiji was born on 26 May 1942 in Mekedatu, a village in South India.  The actual birth occurred on a rock situated at a confluence of 3 auspicious rivers named as Kaveri, Arkavati and Guptagamini.  At birth, Sri Swamiji was named Satyanarayana and was gifted from birth with great knowledge and power.

As a child, Sri Swamiji has:

In 1966 he moved to the city of Mysore and founded the Ashram as we know today called “Avadhoota Datta Peetham and changed his name to Sri Ganapathy Sachchidananda Swamiji.  Since 1966, Sri Swamiji has greatly expanded his services to uplift mankind all around the world some of which have been outlined below.

Sri Swamiji has composed music by the use of a Synthesizer creating musical tunes (Raga’s) that help the body to heal.  In Yoga it states that the astral body has 72,000 nerve lets and 14 major nerve Channels (Nadi’s).  Each Nadi vibrates at its own frequency.  The theory behind Music Therapy is that Music helps by making Nadi’s vibrate at there proper frequency thus causing a soothing effect.  Music becomes a therapy when the healer, musicians and listeners all deeply concentrate on the sound.

Sri Swamiji has composed many new compositions of devotional songs for worship via the use of the Synthesizer.  His compositions are based on Carnatic classical tunes (Raga’s) which have been recognised by scholars and pandits from the musical community.  Sri Swamiji has devoted his life to music ensuring that for any Hindu occasion there are appropriate religious tunes (Bhajan’s) and the followers of Sri Swamiji understand the meaning and therefore sing with devotion.  Sri Swami’s life mission for music has meant that the Bhajan’s remain current and the genre of music appeals to all age groups.

Sri DYC UK supports Sri Ganapathy Sachchidananda Vagdevi Centre for the rehabilitation of communication impaired (Vagdevi) school. Vagdevi supports a diverse group of children that one finds in the serene environment of Avadhoota Dattapeetham, Bangalore-India.
Amma Vodi, meaning Mother’s Lap is a Social welfare project that exclusively addresses the needs of helpless, forsaken and poor women who cannot fend for themselves.
Sri DYC UK supports Amma Vodi mission including the dedicated hospital which provides free medicines and all related medical tests free of cost for the needy.

A parrot park (Shuka Vana) has been established in Avadhoota Datta Peetham, for the primary purpose of rehabilitation of birds.  This park has numerous rare and colourful species of Parrots from the world over. It is one of the largest bird sanctuary in India. Sri DYC UK supports Shuka Vana to provide shelter and care for injured & uncared birds.
Website: http://sgsbirds.com/ 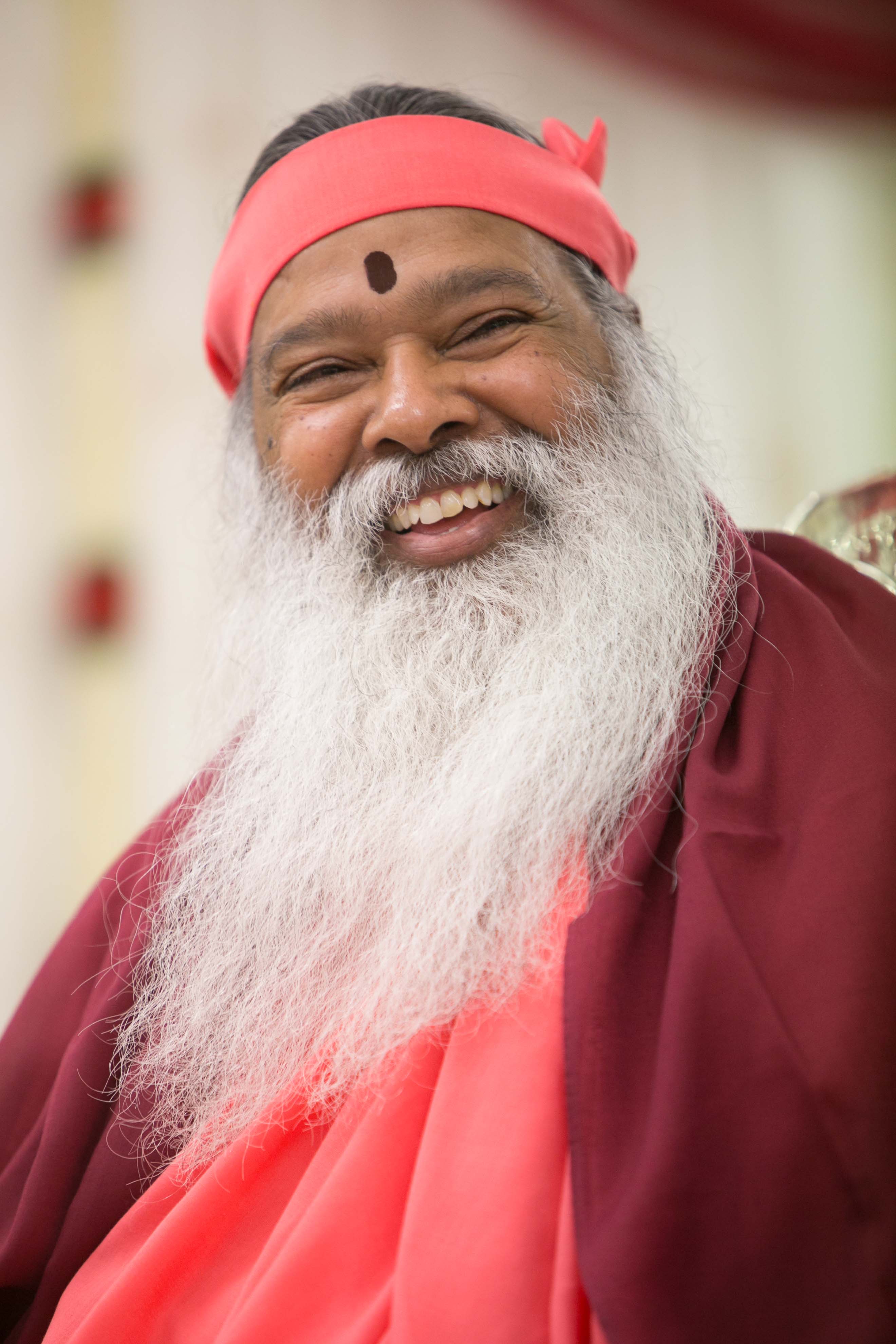 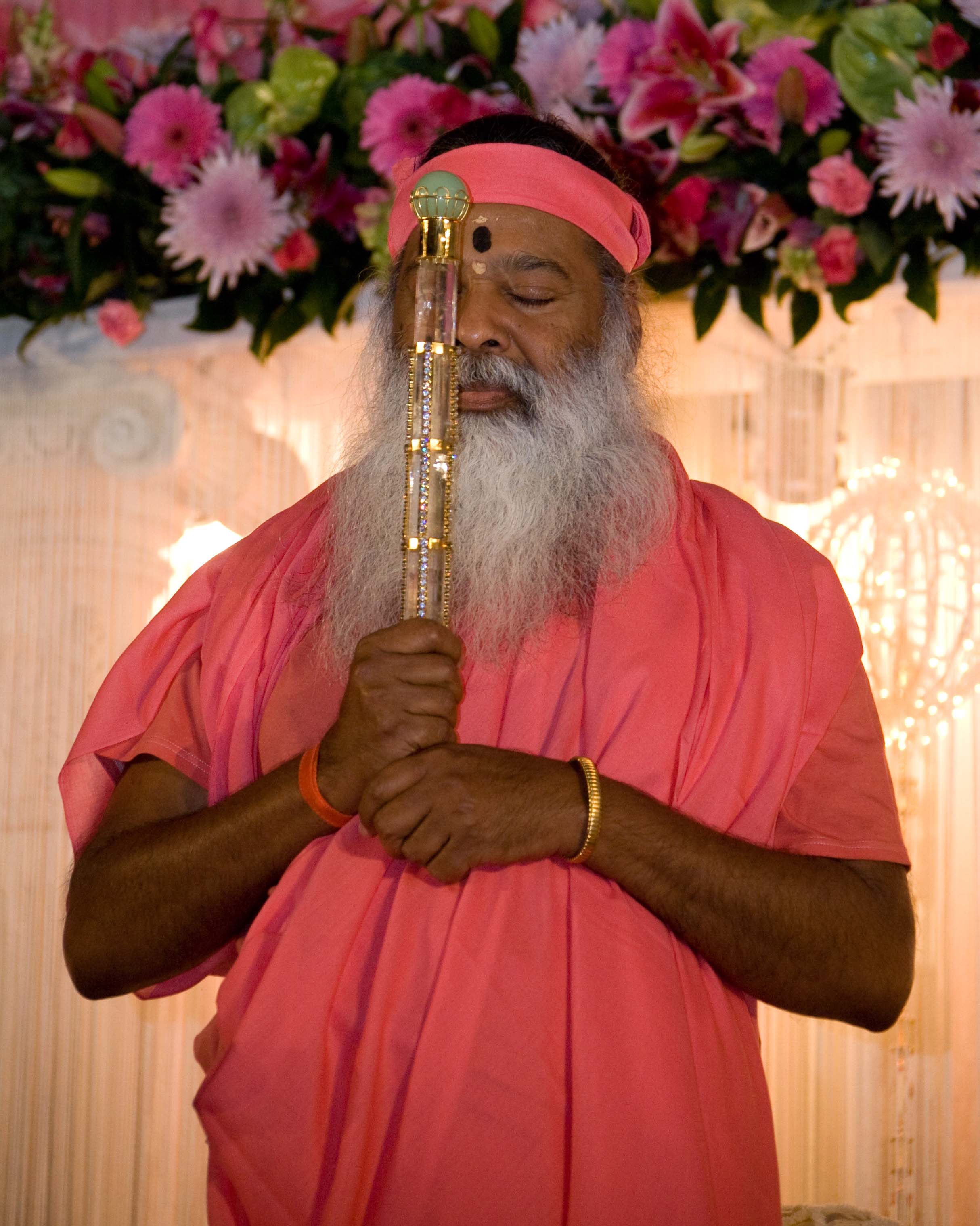 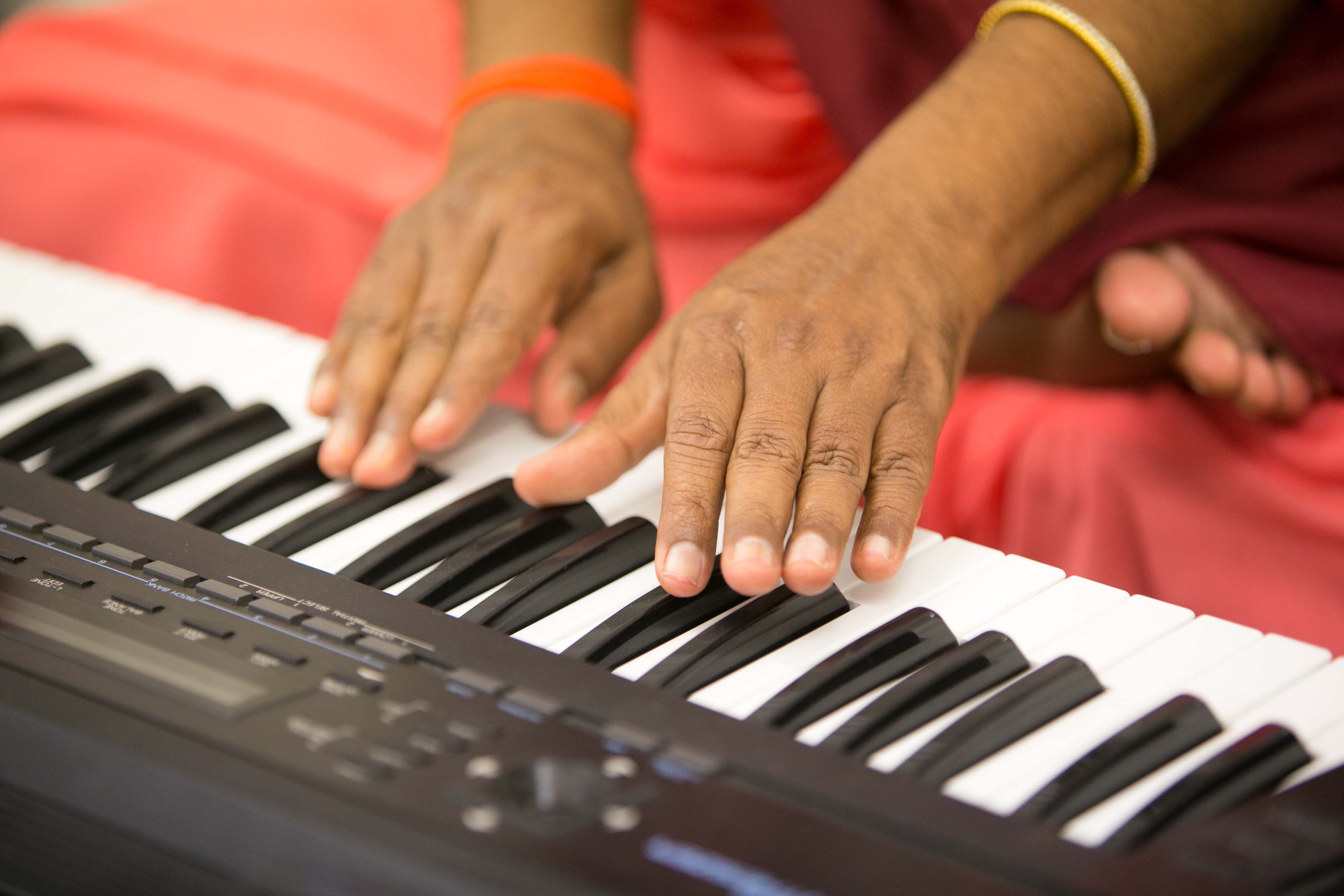 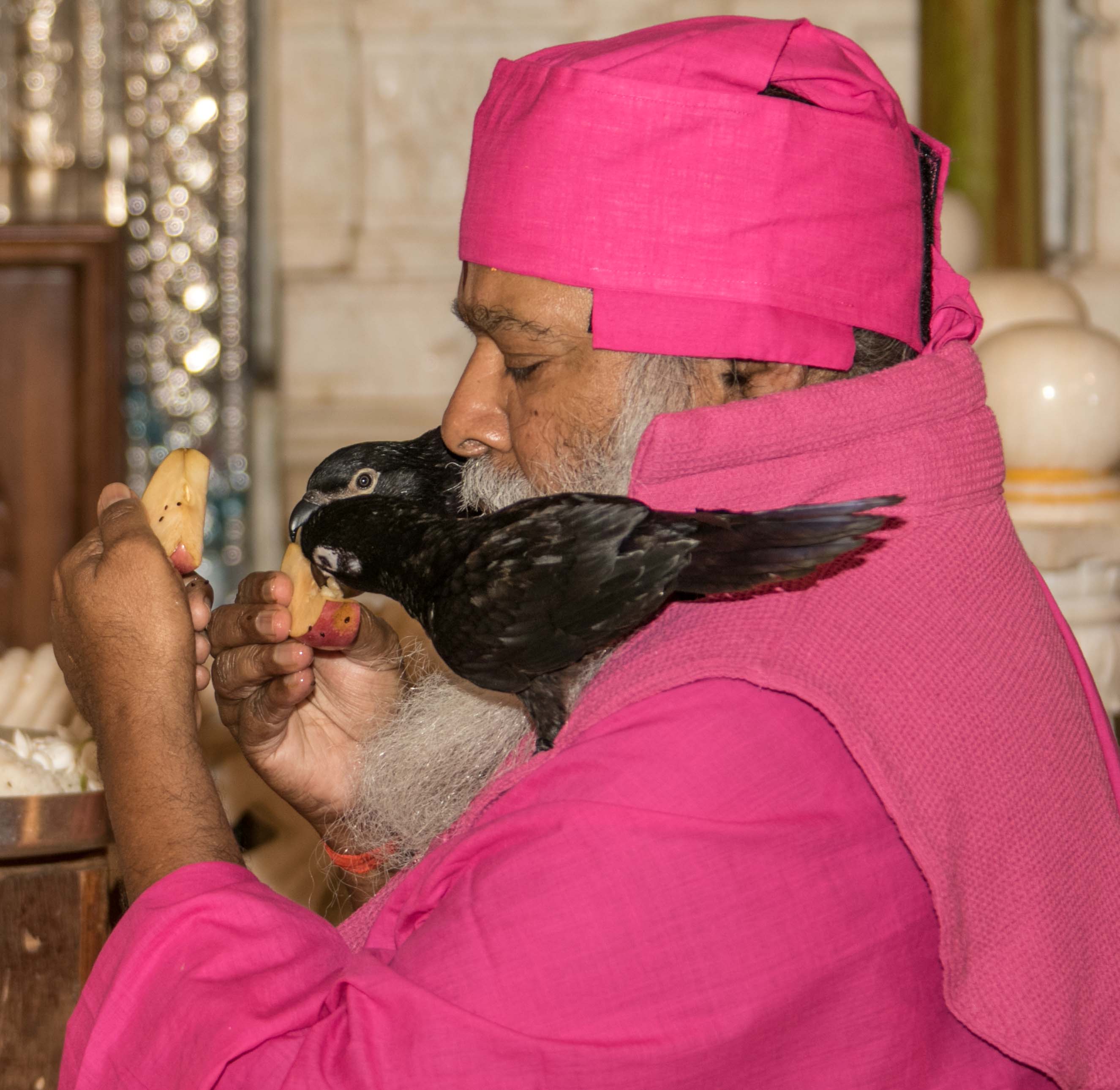 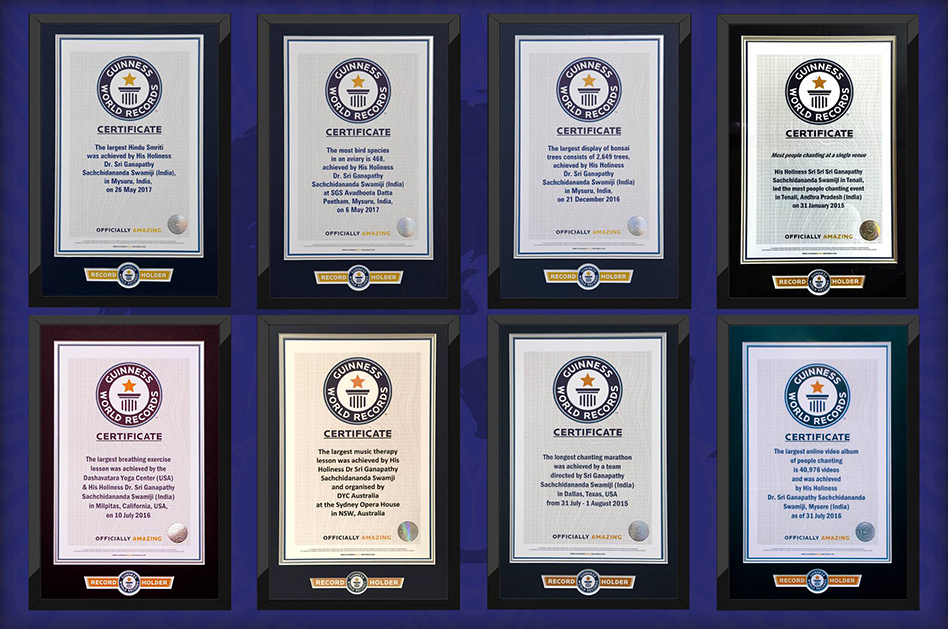 With the guidance and direction of Sri Swamiji, Sri DYC UK has grown in size and popularity in the local community in Brentford, London.
Sri DYC UK continues in its efforts to propagate the teachings of P.P. Sri Swamiji which is to spread the culture and teachings of Hinduism and improve mankind.